Tesselaarsdal: A bend in the road

Posted on December 4, 2019 by Annalize Mouton

Tesselaarsdal: A bend in the road, will be available at R200 per copy until 7 Dec 2019. After that the retail price goes up to R280 per copy. Postage to anywhere in South Africa by registered post, is another R50.
The book comprises 202 pages with 158 photographs. And I have unearthed a wealth of previously unknown historical information, but the real highlight is the interviews with locals, with people telling their own stories. Make sure you get your copy. Only 500 copies printed. Inbox me or email: annalize@villagelife.co.za 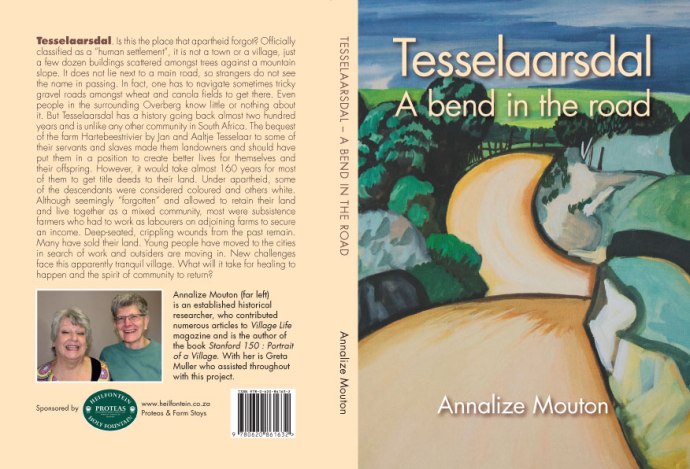 Stanford author Chanette Paul on her way to the Netherlands and Belgium!

Posted on September 11, 2014 by Annalize Mouton

Next week Stanford author Chanette Paul, will be on her way to the Low Countries to take part in “Week van de Afrikaanse Roman” – a week dedicated to Afrikaans authors and writing in the Netherlands and Belgium.  Her main objective though is to do research for her next book over there.

Chanette, in her own words, “was born in Johannesburg in an era when women still wore aprons”.  She grew up all over the country, attended nine different schools, studied at five universities and had lived in seven of the nine SA provinces.

Her first literary success was a fairy tale written at the age of sixteen, which was broadcasted on a children’s radio program.  Her second success was the publication of a short story written in her final school year but only sent off to a family magazine two years later.

In 1988 she obtained a Masters degree in Afrikaans and Netherlandic Literature at the University of Johannesburg and received the Simon Wainstein prize for her dissertation.  At the time she followed a career in the clothing trade.

In 1995, she left the rag trade behind and started writing again for the first time in twenty years.  Since then she has written numerous short, serial and other stories, as well as humorous sketches, for a variety of magazines.  Forty books in different genres also saw the light.

Chanette, who has been living in Stanford for many years now, tells how she came to live here, “I did not want to live in a dorp with a wide, straight main street. And I wanted to be near water where water nymphs and fairies play.” So she went searching for a dorp – Ladismith, Oudtshoorn, Calitzdorp, Swellendam. Not one of these spoke to her. Until she met an old man in Napier, “with long hair and looks straight from a fairy tale himself”, who told her of Stanford, a short distance from Hermanus.

She was not in the mood for more dorp-hunting, but somehow, through a string of events, she ended up in Stanford the following day.

“As I drove into Stanford, I knew, this was my village!” And she still feels as excited about living here as she did the very first time she met Stanford. After a while she built her own cottage on the banks of the Klein River in Stanford. Here she lives with her very patient partner Ernie Blommaert, better known as Blom, her cats and the neighbours’ dogs. Chanette calls herself “an ignorant but eager gardener, a ferocious reader and a music lover”.  She adores the kind of life the river on her doorstep offers.

In her 19-year writing career, Chanette has experimented with a number of genres whilst writing romances to keep the pot boiling.  In 2007 she found a new niche, romantic suspense – albeit a quirky interpretation of the genre.  She entered this new phase with her 30th book, Springgety which unintendedly became the first in a series of five books with Gys Niemand as the detective. Springgety was  followed  by Fortuin,  Boheem, Meetsnoer and Dryfhout.

After completing the pentad she decided to take a break from blood and gore and wrote a family drama in two parts, namely Maanschijnbaai: Jo & Sue followed by Maanschijnbaai: Nan & Jeannie. Jo & Sue was voted Lekkerlit Boek van die Jaar 2012.

Chanette decided to get back into murderous intent with her next book Labirint and also found that her writing style has changed. Less romance, more nitty gritty. After Labirint followed Siende Blind  (Lekkerlit Book of the Year 2013), Raaiselspieël which came out in March and in November this year her latest, titled Ewebeeld, will be on the shelf.

For her debut romance, Chanette was awarded the Perskor Prize for romantic fiction in 1996.  In 1999 Wip van die droomvanger was a runner up in the ATKV Book Awards and in 2005 Chanette was again a finalist with her novel Leila word lig.  The latter was the result of a Masters degree in Creative Writing under the tutelage of renowned South African writer, Professor Etienne van Heerden, at the University of Cape Town.

Boheem, the third book in the Gys Niemand-series was a finalist for the ATKV Woordveertjie (2010) in the thriller category and the Maanschijnbaai diptych was finalist in the romantic novel category (2013).

Since 2002, she works as a part time evaluator, editor and manuscript developer for Lapa Publishers.  She also runs workshops on writing for them. And that was where I first met Chanette in 2003 – on a boat on the Kleinrivier in Stanford with four ladies, amongst them my husband’s niece, who were attending one of her workshops. Interesting two of them are now among the most popular Afrikaans writers, Wilna Adriaanse and Kristel Loots.

(Information taken from Chanette’s blog and website and confirmed by herself.) 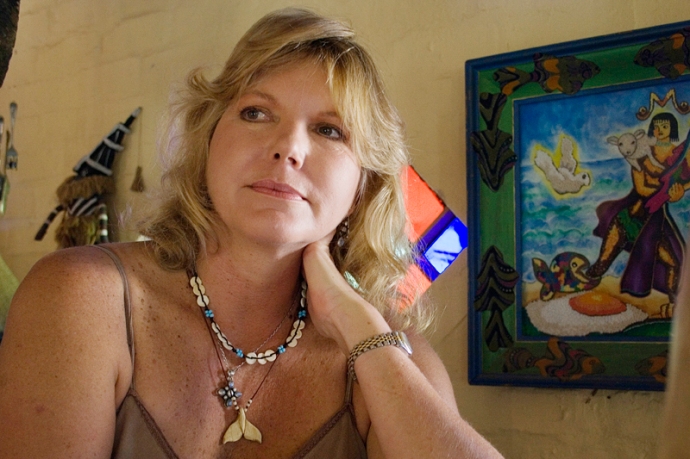 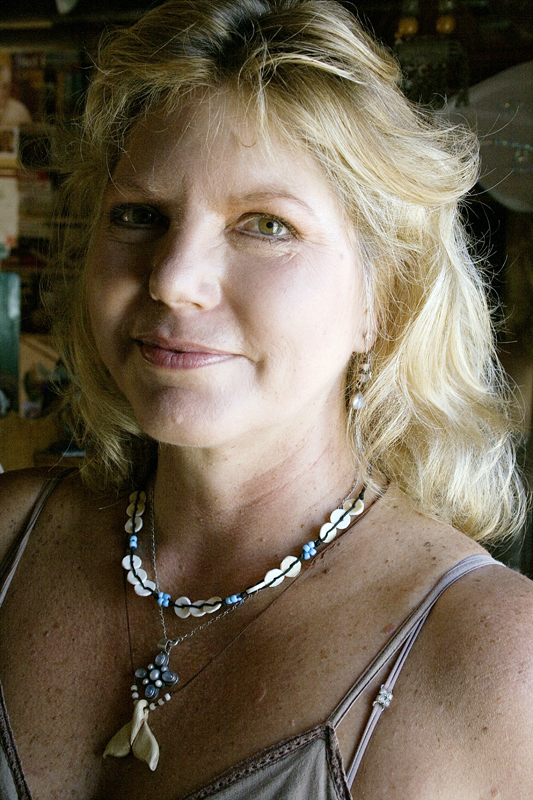 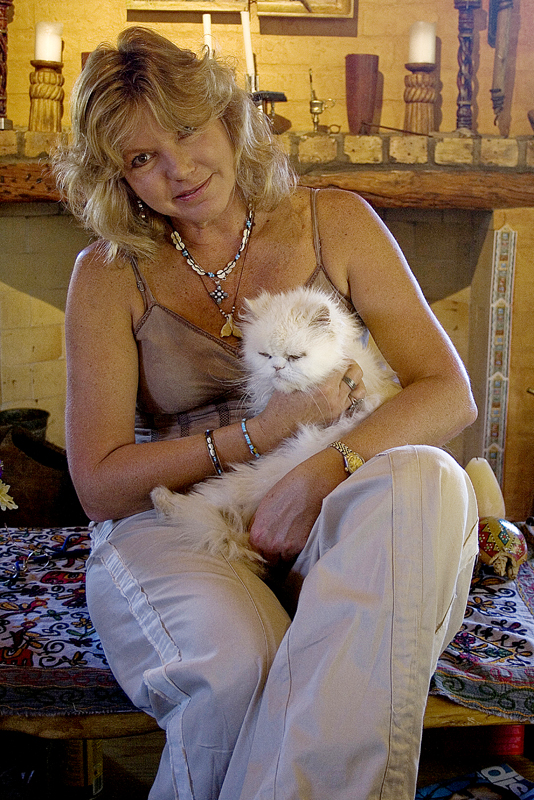 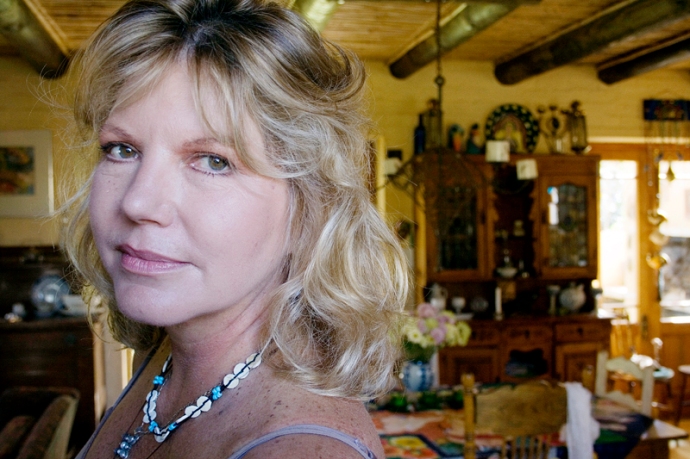 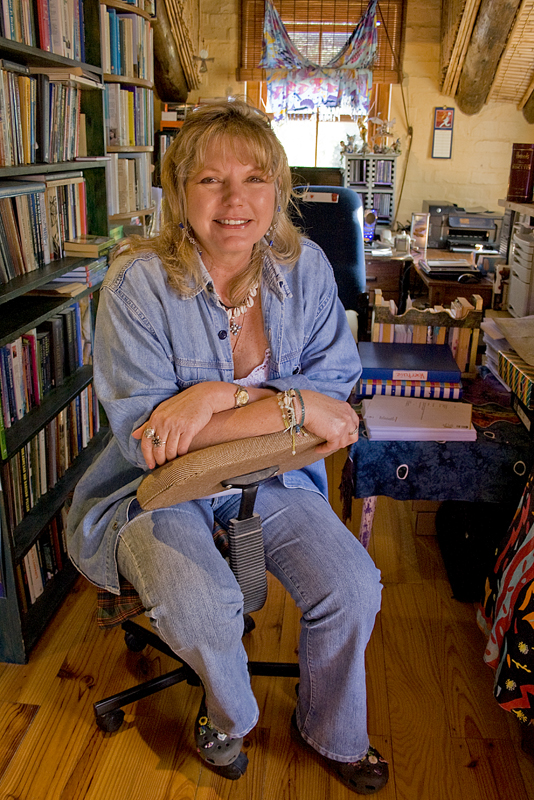 Chanette Paul in her work place 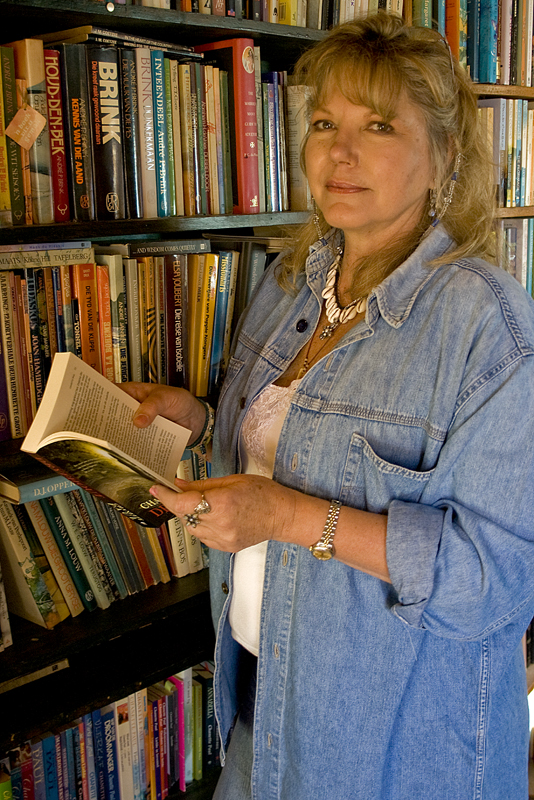 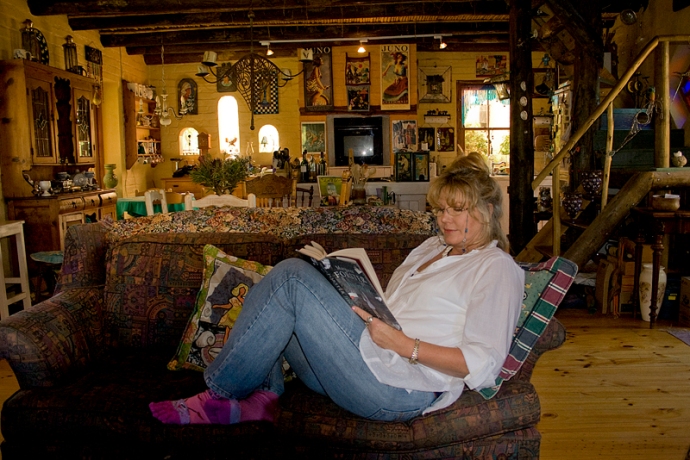 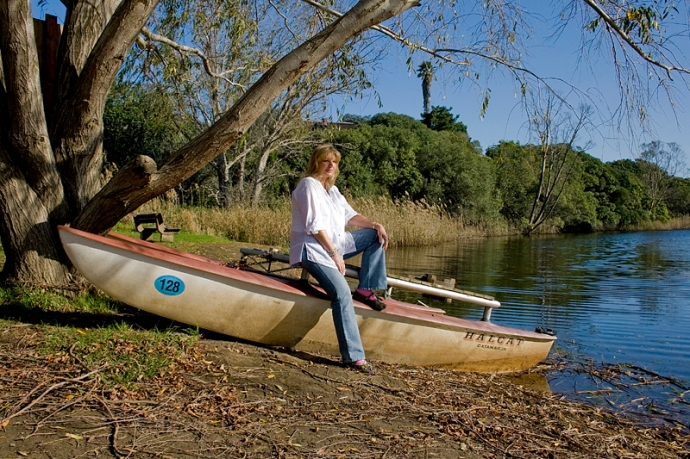 Chanette at the Klein River she loves so much 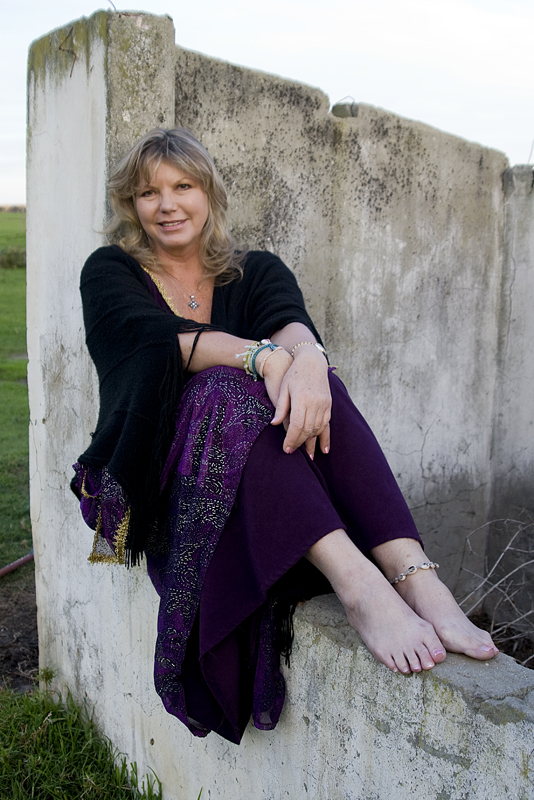 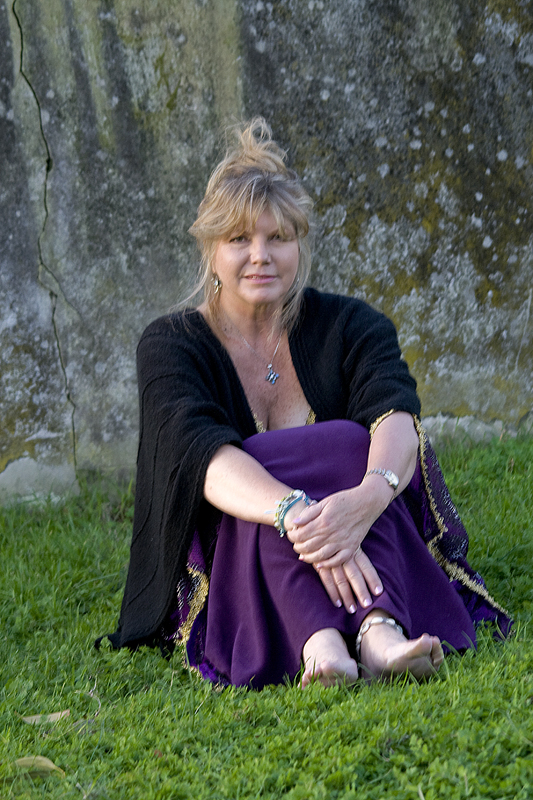 Chanette in front of her yellow cottage on the river 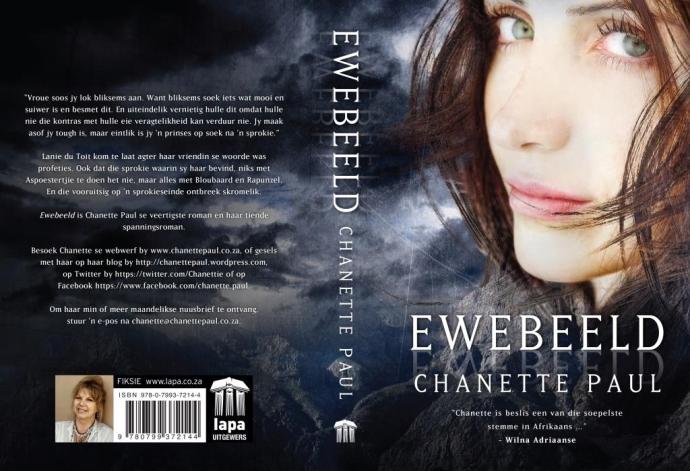 Chanette Paul’s latest book, Ewebeeld, will be released on 5 November 2014

To all the dogs in Stanford…

Please join me in celebrating my birthday and first year in Stanford at 3 pm on Sunday, 31 August. We shall meet on the field by the river at the corner of Sannie Badenhorst and Sillery Streets, where we shall enjoy an early spring walk. Humphrey, Beauty and Boefje will be there to receive you with plenty of sniffs, chases and frizbees. I shall provide doggie treats and free ‘doggie-do’ bags. Of course your owners are also invited. They will no doubt want to bring a small picnic like tea/wine and biscuits (it is my birthday after all!) and perhaps something to sit upon. There will be a prize of a free trip overseas plus all expenses paid to the first dog who guesses my age correctly (not easy!). Hope to see you all there! – Emma Kriel

Knowing Emma, who by the way, has published two books to date, and also the many dogs there are in Stanford, I was intrigued by this invitation in our local newspaper, Stanford River Talk, and just had to join this party. Poor Anna, our great Dane, and Kerneels, our very handsome mixed-breed, had to stay at home as Kerneels hates to be inside a car! First to arrive were Emma and her chows, with neighbour, Yvonne, and their 13 year-old labrador, Rits, all of them with red bows tied around their necks. Mike and Penny and their doggie-children arrived a little later, and they had beautiful pink bows tied around their necks. They were washed and groomed especially for this occassion, but dog being dog, it was not long before one of them had a cool-off swim in the river, and came to shake himself dry on the picnic blanket where we were sitting! Emma handed out treats, the humans had tea, wine, cookies and biscuits. And as the afternoon progressed, more and more doggies and their owners joined the fun… What a way to celebrate life, spring and friendship! 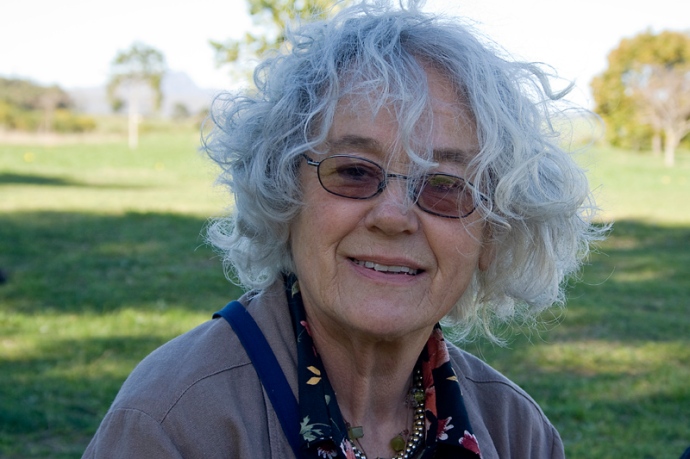 We first met Emma in the early 2000s shortly after I’ve read her first book, Close the door softly behind you. Since then I’ll have to buy her book for the third time now, as I’ve lent mine out and they just never found their way home again. A year ago Emma moved to Stanford, and as people are always curious about what brought newcomers to the village, here is what Emma herself wrote after being asked that question at a luncheon.  “Is it the scenery, the charming cottages, the friendly people, they ask – sipping the full bodied local wine, while I take a moment to reflect – or is it the village atmosphere and the great walks? ‘Yes,’ I reply, ‘…it’s all of those, but also the many happy, well-groomed and frequently-walked dogs I see everywhere, sending me a clear message that indeed, this is the placae for us.’ My three pooches wagged their tails in agreement!” 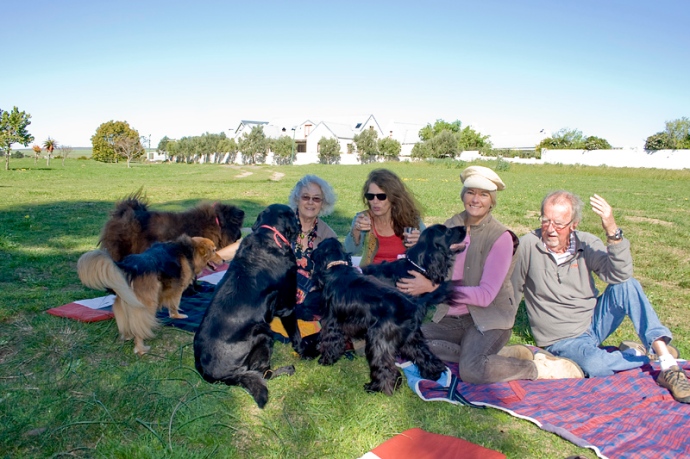 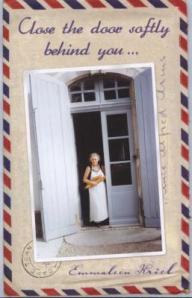 “How does a woman who has only ever been a mother – to seven children! – find out who she is? She takes her caring to London, where she looks after various well-heeled English people (or their children). She helps nervous first-time mothers; a feisty old woman with Alzheimer’s; a professor with Parkinson’s who just wants to “cuddle”; and cooks and cleans for minor aristocrats at their villa in France; an old Lady’s two overweight Corgis; and ex Prime Minister Sir Edward Heath. Through these experiences — some painful, some joyful, all holding hope and laughter — she discovers more about herself and even meets a new love. She also realises what it is to work and care for people who aren’t one’s family and on her return, she sends a letter to be kept on file by the Truth and Reconciliation Commission – an open letter to all the maids I’ve ever had and in grateful thanks for their loyal service. Join this middle-aged, slightly eccentric woman on this journey taken later in life where, in trying to teach her children independence, she discovers her own.” 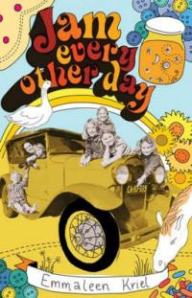 “Jam Every Other Day is the memoir of how the author raised six children on little more than love and good intentions.

Emma and her husband wanted a warm, busy house, full of laughter and muddy footprints and, under the leafy oaks of what was then ‘rural’ Constantia, that’s just what they got. Geese, ponies, dogs, an Oldtjorrie and a rag doll called Giblet completed the already remarkable family. After a mutually agreed separation Emma took her brood to the Knysna forest, where they continued to live the rustic lifestyle, this time without even running water!

Written in Emma’s distinctive, quirky style, the tale includes insights from her own childhood in Holland during World War 2. Along with the chaos of her family memoirs, come gems of caring advice to modern moms (like her own daughters).”

Emma’s books are for sale (R 170.00 each, including postage and packaging) via email: emmaleenkriel@gmail.com

For readings, creative writing for schools and talks you can write her an email or send her a letter: P.O. Box 297, Stanford 7210, South Africa.

More photos of the birthday party at the river: